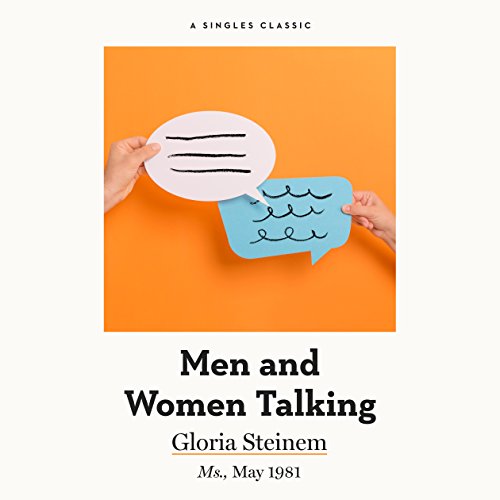 Once upon a time (just a few years ago), psychologists believed that the way we chose to communicate was largely a function of personality. If certain conversational styles were more common to one sex than the other (more abstract and aggressive talk for men, for instance, more personal and equivocal talk for women), then this was just another tribute to the influence of biology on personality.

In her landmark essay, Men and Women Talking, Gloria Steinem confronts long-held misconceptions about the supposedly scientific differences in the way men and women communicate, debunking - among other things - the myth of the "talkative woman". Men and Women Talking was originally published in Ms., May 1981.