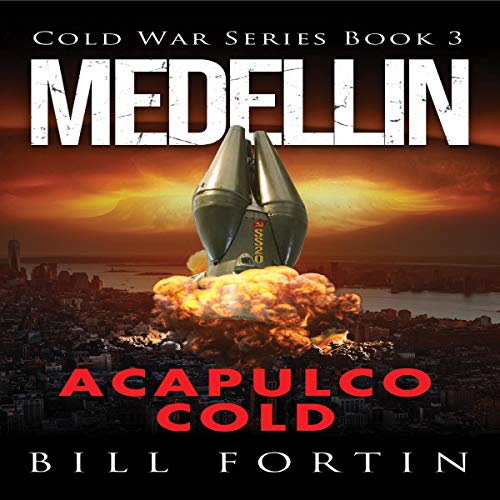 In January 1986, President Ronald Reagan and Mikhail Gorbachev had agreed to enter a treaty agreement that would be labeled START II. The Russian SS-20 medium-range missile was to be removed from Eastern Europe. It was to be disassembled and destroyed. A like number of US rockets would suffer the same fate.

A Russian named Geonov was charged with selling one of these devices to the Medellin cartel. The asking price was $40 million in cash. Pablo Escobar did not even blink when he was offered one. In March 1987, the CIA’s Operation Acapulco Cold took on the Medellín cartel. The journey was dangerous. The alternative for not recovering the nuke was too horrible to imagine.

The year was 1987. It was hard to fathom the span of 17 years since Rick Fontain had stepped onto the world stage as a free agent of the Central Intelligence Agency. The official non-official title given to such a person is called a NOC. It stands for non-official cover.

The evil being perpetrated by our adversaries during this time was both sinister and deadly. Our nation’s response to these many confrontations in the late 1970s would be described as a dismal attempt at leadership on the world stage.

In 1980 a new sheriff came to town. Our adversaries were now thinking twice before provoking us. Many welcomed him with open arms. Some did not. And, when they forced his hand they found that the gloves came off immediately. His name was Ronald Reagan. His two term presidency would go down in history as America’s return to “one nation under God”.

Eight years later America found itself back to square one. When 2001 rolled around our enemies again thought they could pretty much get away with anything. And they did.

This story is mostly fiction. Some of the characters are real, most are not. The year is 1987. This was the last year of the Reagan presidency. It would be nearly 30 years before we would see anything like it again.