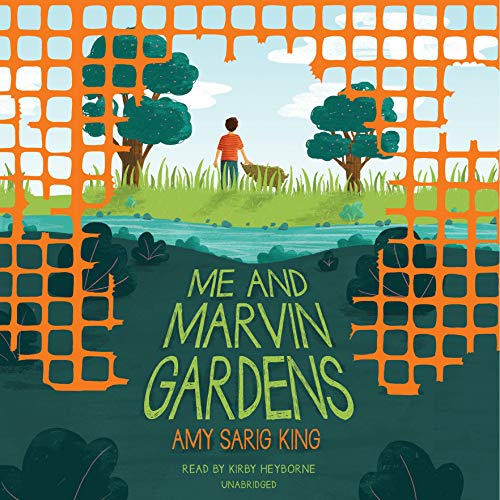 Me and Marvin Gardens

Me and Marvin Gardens

The first middle-grade novel from Printz Honor-winning author Amy Sarig King is a boy-meets-animal story like no other, and has earned three starred reviews!

Obe Devlin has problems. His family's farmland has been taken over by developers. His best friend Tommy abandoned him for the development kids. And he keeps getting nosebleeds, because of that thing he doesn't like to talk about. So Obe hangs out at the creek by his home, in the last wild patch left, picking up trash and looking for animal tracks.

The animal - Marvin Gardens - becomes Obe's best friend and biggest secret. But to keep him safe from the developers and Tommy and his friends, Obe must make a decision that might change everything.