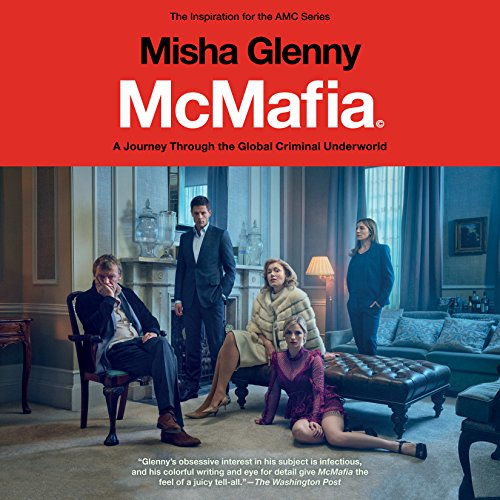 With the collapse of the Soviet Union, the fall of the Berlin Wall, and the deregulation of international financial markets in 1989, governments and entrepreneurs alike became intoxicated by dreams of newly opened markets. But no one could have foreseen that the greatest success story to arise from these events would be the worldwide rise of organized crime. Today, it is estimated that illegal trade accounts for one-fifth of the global GDP.

In this fearless and wholly authoritative investigation of the seemingly insatiable demand for illegal wares, veteran reporter Misha Glenny travels across five continents to speak with participants from every level of the global underworld - police, victims, politicians, and even the criminals themselves. What follows is a groundbreaking, propulsive look at an unprecedented phenomenon from a savvy, street-wise guide.

"Former BBC World correspondent Glenny presents a riveting and chilling journey through the myriad criminal syndicates flourishing in our increasingly globalized world....Readers yearning for a deeper understanding of the real-life, international counterparts to The Sopranos need look no further than Glenny's engrossing study." ( Publishers Weekly)