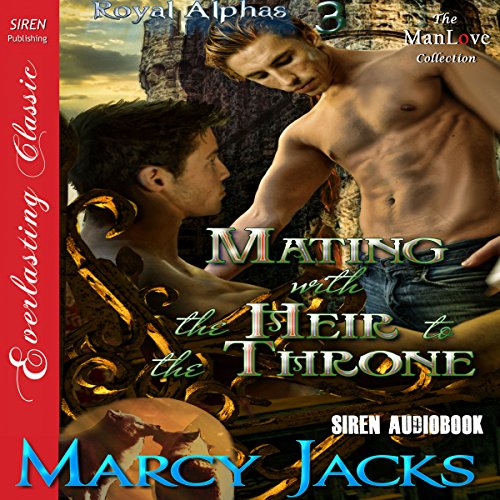 Mating with the Heir to the Throne

Mating with the Heir to the Throne

Thomas Jayne just watched his mother's brutal murder at the hands of a werewolf patrol officer. To add insult to injury, the werewolf didn't kill him, instead, it turned him. Shunned by his father and brothers, and the entire human community where he grew up, he's on his own from here on out. Tom is now a mutt, a shifter not born with his powers, and not welcome amongst the humans or the wolves. He's slowly losing control of his wolf. After a year on his own, it breaks free and attacks in a jealous rage. Roland Solomon's mate literally attacked him, and Roland doesn't mind, even if his mate is a disrespectful former human. The man is gorgeous, and his, and he will protect him. He will teach Thomas to control himself, and he will do everything in his power to protect Thomas from the wolves who believe that mutts should just be put out of their misery.