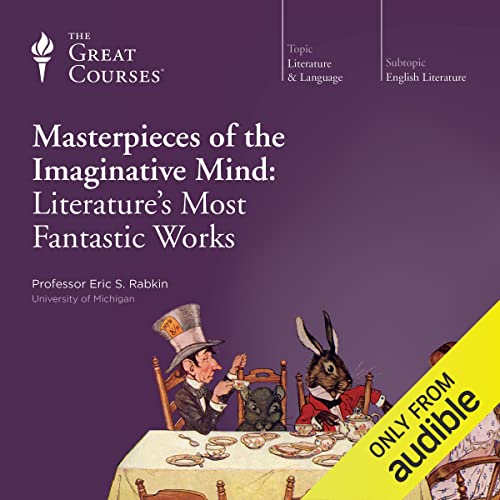 Masterpieces of the Imaginative Mind: Literature's Most Fantastic Works

Many of literature's greatest works, from ancient myths to the works of Nobel laureates, rely on fantasy. Even when there has been a dominant preference for realism, generation after generation of readers have been drawn to stories of the fantastic - not only for what they help us learn about ourselves as individuals or as members of society, but also for what they show about our social values. And now one of the world's foremost authorities on the literature of the fantastic and science fiction has created a series of 24 lectures that take you on a journey through some of the most remarkable feats of imagination in all of literature. You'll study strange tales of talking frogs and cannibal witches, from Mary Shelley's Frankenstein to Arthur C. Clarke's astonishing 2001: A Space Odyssey and beyond. Ranging from the early 1800s to contemporary times, Professor Rabkin casts a wide net for fantastic works and delves deeply into some of the most astonishing. You'll learn about the works and times of Edgar Allan Poe, the Brothers Grimm, Virginia Woolf, Lewis Carroll, Franz Kafka, Jules Verne, H.G. Wells, J.R.R. Tolkien, Ray Bradbury, Robert A. Heinlein, Isaac Asimov, and many others. And you'll see how artists you might not have even considered in this context - such as writers like Nathaniel Hawthorne, or composers like Offenbach and Tchaikovsky - owe a creative debt to this remarkably vibrant genre.