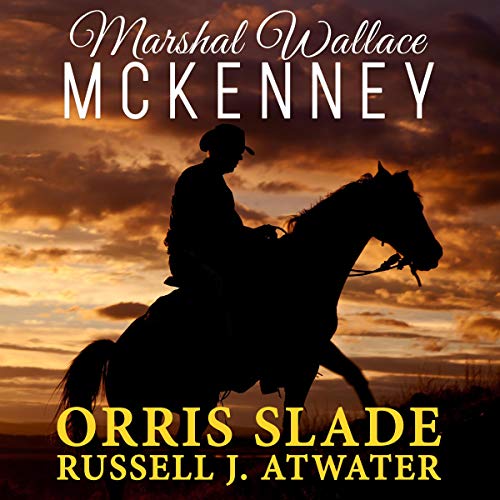 Honor, courage, and a profound sense of right and wrong! These are the character traits Marshal Wallace McKenney lives by.

His reputation is known far and wide in Kansas and neighboring states. Those on the other side of the law usually give him and his pearl-handled Colt a wide berth. Those that don’t...well, they pay the price.

Several deadly raids on settlers and wagon trains prompt Marshal McKenney to deputize three men he trusts with his life: Bull, a man shaped like a barrel, his cousin Matt, and his younger womanizing brother, Alex.

The marshal and his men set out to hunt down the murderous raiders, be they Indians or outlaws. However, they find themselves outsmarted as the raiders keep killing without a trace. A local Indian with remarkable tracking skills, Kiowa Joe, is asked to solve the mystery of the vanishing tracks. Tensions mount and bullets fly when the posse comes face to face with the killers. Will the marshal keep his sense of justice and honor when confronted with such savage brutality?

Ride along with Marshal McKenney, Alex, Matt, Bull, and Kiowa Joe as they face dangers from all sides to restore peace to the Leavenworth area. Another classic Western you’ll enjoy right to the very end.