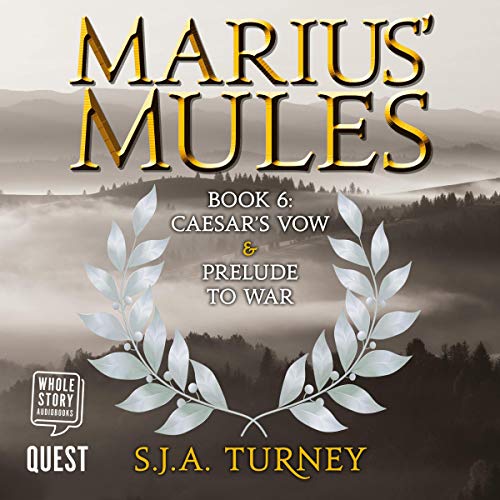 It is the eve of destruction. Gaul seethes and bucks more than ever in revolt against the Roman invader, with even Caesar's allies beginning to question their loyalty.

A conspiracy of Druids and Kings move the pieces into position in their great game of independence, all led by the powerful exile Vercingetorix. The lands of the Belgae burn in the vengeful aftermath of a winter that saw countless Romans butchered by the Eburone King: Ambiorix.

As Rome similarly begins to show its cracks and the triumvirate of powerful men that have held together the crumbling Republic move ever further apart, so Fronto returns to the army, once more seeking his command under the great general. But Caesar has made a vow to end the life of Ambiorix, and naught will stand in the way of that vow's completion - not Gaul, nor Roman, nor reason itself.