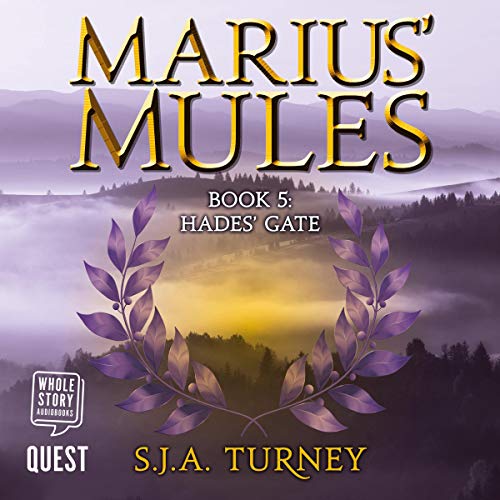 As tensions build in Gaul and the druids manoeuvre the tribes towards general rebellion, Priscus and the diminishing senior staff of Caesar's army prepare to return to Britannia, this time with a vast army and a will to crush the tribes of that mysterious island. Meanwhile, Fronto contemplates a non-military future as he settles into the life of a married nobleman, socialising with Rome's elite and coming to terms with the decline in his fitness.

In this year of rising troubles, Priscus will miss his former commander's presence more than ever. With rebellious Gauls, defiant Britons, vengeful giants, veteran gladiators and dangerous criminals, Fronto is pushed to the limits, driving him to a decision he dreads and a battle for his very life at the steaming, hellish land of Hades' Gate.