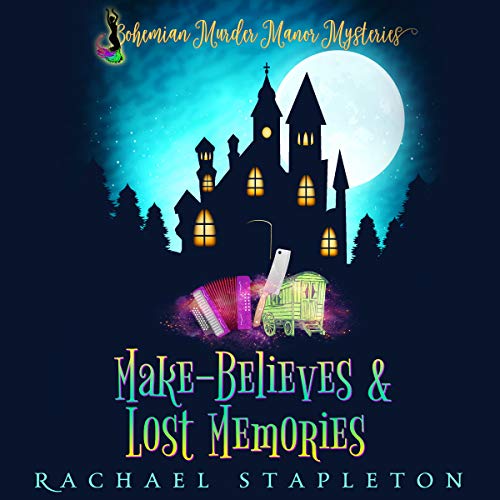 Feisty fortune teller extraordinaire Nana Vianu says the answer is in the cards. How right she is!

Mallory Vianu is busy hosting a blogging conference at Caravan Manor when she hears back from a local historian who’s translated the 55-year-old diary she found in the attic, uncovering a valuable heirloom used by a Roma witch-wife to divine the future. Unfortunately, unlike her powerful relative, Mallory doesn’t see what’s coming next. The historian dies in her home, taking the whereabouts of the heirloom - a set of original tarot cards - to her grave.

To make things worse, one of the conference guests is murdered, and Detective Kaden Bones’ eyes are on Mallory - whether, or not, she’s a suspect or girlfriend material remains to be seen. Suspicions really heat up when they discover the historian’s death was also no accident.

Now, with two lethal murders connected to the manor, and to their diary in particular, the Vianu girls must put their paranormal skills to the test. All the while, hosting breakout sessions and parties for writers, digital creatives, and influencers, as they search for the greatest treasure and take clues from a ghost.