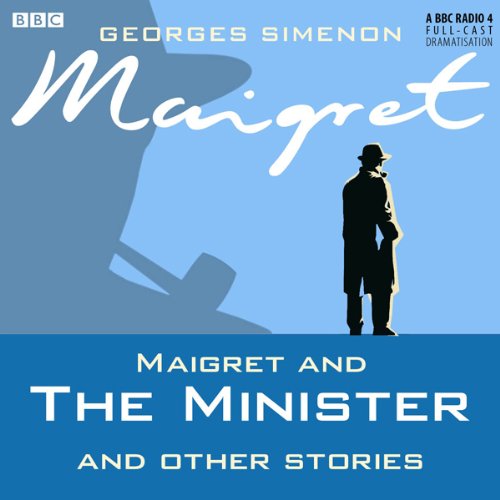 Maigret and the Minister and Other Stories (Dramatised)

Maigret and the Minister and Other Stories (Dramatised)

Simenon and his masterful inspector, Jules Maigret, look back together over four of their greatest cases… Where is the vital report that holds the key to the fate of the French government? What is the secret behind the mysterious suicide in Bremen? Who is responsible for the sudden disappearance of one of Paris’s best known solicitors? And will the demented double murderer strike again?