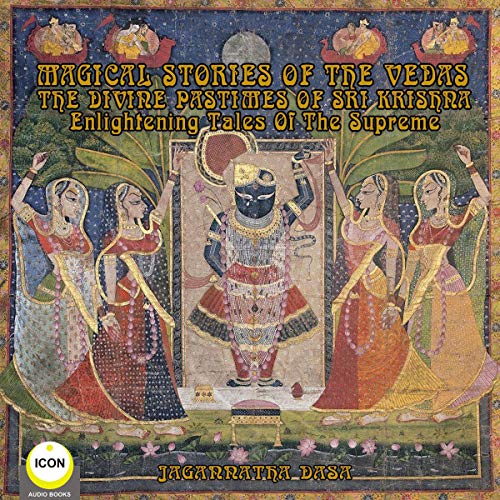 Magical Stories of the Vedas: The Divine Pastimes of Sri Krishna

Magical Stories of the Vedas: The Divine Pastimes of Sri Krishna

“If a person hears about, glorifies, meditates upon, worships or simply offers great respect to the Supreme Lord Krishna, who is situated within the heart, the Lord will remove from his mind the contamination accumulated during many thousands of lifetimes.” (A.C. Bhaktivedanta Swami Prabhupada)

Krishna - the name itself is somehow transcendental and evokes a certain distant familiarity and evocative longing. In fact, it is said the name of Krishna is not different from himself. The ancient Vedic scriptures also confirm that Krishna, as the supreme personality of Godhead, is, therefore, present in the sound vibration of his holy name.

If Krishna’s name, and indeed Sanskrit itself, has this non-dual nature, wherein that which is named and the name is one and the same, then the aspiring devotional yogi, can, by simply chanting Krishna’s name, either by itself or via the iconic maha mantra: "Hare Krishna Hare Krishna Krishna Krishna Hare Hare Hare Rama Hare Rama Rama Rama Hare Hare" actually associate eternally with the Lord via this unique transcendental sound vibration.

This has been the way of bhakti yoga in the Vaishnava tradition for over 5,000 years. To further extrapolate this mystical ideal, it is said by sages everything relating to Sri Sri Radha Krishna has the same liberating potency, including their transcendental pastimes on this Earth in their many forms.

This inspirational, devotional, entertaining, one-of-a-kind, genuinely mystical audiobook presents Bhagavan Sri Krishna in his many alluring and mystifying incarnations (known as das avatar) accompanied by an amazing production of sound effects, music, and other talented performers which help tell these ancient fascinating tales so well.

Here is the perfect audio companion for every serious aspiring yogi, confirmed devotee, student of Eastern philosophy, curious commuter, or indeed anyone wishing to broaden the awareness of their true spiritual nature of the elemental essence of "sat chit ananda" or eternity.