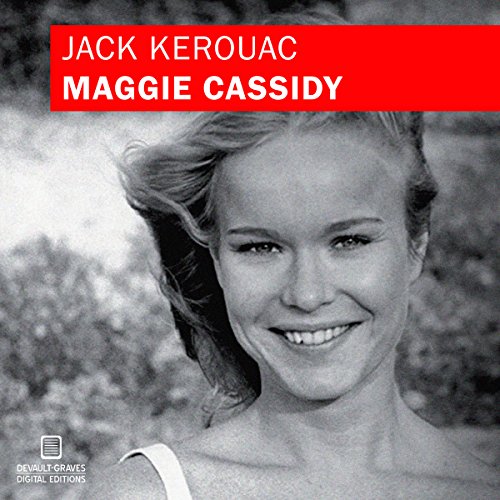 In 1959, Avon Books published Jack Kerouac's tender look back at his high school years in Lowell, Massachusetts, Maggie Cassidy. One particular passage in the book, written in the form of a letter, contained certain thermo-uclear profanities that weren't widely accepted in literature, even Beat literature, of that time period. As soon as Maggie Cassidy hit the shelves, it upset bookstore owners and book distributors enough that the book was pulled, the passages rewritten, and a new, more politely correct version was issued and republished over the decades to come. The original manuscript has not been republished until Devault-Graves learned of the original version that Kerouac is said to have fought for before the decision was made to excise and rewrite those passages. Devault-Graves now proudly restores the original novel, complete and uncensored.

In Jack Kerouac's teenage years, his friends gave him a nickname that was prescient and stuck with him throughout his life - Memory Babe. Kerouac was able to conjure up scenes from his childhood and adolescence that astounded his friends with their precision and detail. This talent was to serve him well as a novelist, enabling him to recall long segments of conversation that he could instantly pound out on his typewriter.

Maggie Cassidy is one of Kerouac's most nostalgic recollections of his past, focusing on his first true love when he was a high school senior and a local star athlete. Filled with the sweet innocence of youth and the daily heartbreak of quarrels and unfulfilled sexual yearnings, Kerouac employs his stylishly Beat observations toward the bygone era of pre-World War II Lowell, Massachusetts, when he was torn between the companionship of his gang of buddies and the sirens' call of the opposite sex.