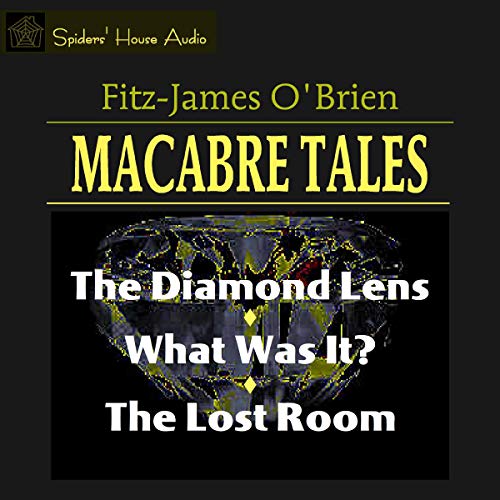 Fitz-James O'Brien was born in Cork, Ireland, in 1826. After studying at the University of Dublin where he showed a talent for writing poetry, he moved to London. In 1852, he emigrated to America and settled in New York where he earned his living by journalism and publishing stories in leading magazines, becoming an influential figure in the city's Bohemian set. In 1861, at the outbreak of the Civil War, he enlisted in the New York National Guard. The following year, he was wounded and died from tetanus. He was 35.

He is considered an important early writer of science-fiction. His three probably best-known stories are included in this volume. They are “The Diamond Lens”, “What Was It?”, and “The Lost Room”.