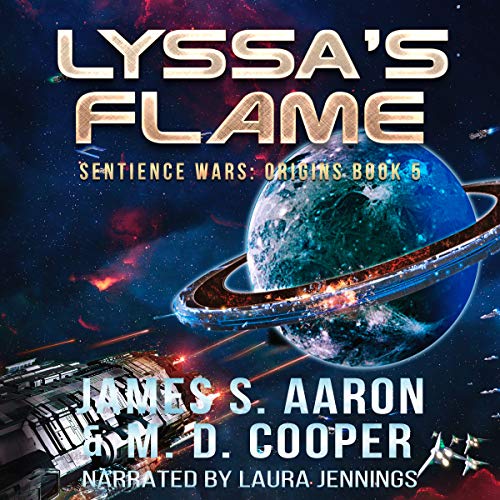 Everything has turned out wrong....

Xander has betrayed Lyssa and the Weapon Born, and Alexander has initiated an attack on InnerSol. Now Andy, Lyssa, and the crew struggle to make sense of what is happening and warn InnerSol about the thousands of missiles that have launched from one of Neptune’s moons.

Meanwhile, in InnerSol, Brit, Jirl, and Petral rush to safety in the wake of Clinic 13’s destruction. Their plan to destroy the Heartbridge clinics is thwarted, and now they must find another way to strike out at the massive corporation.

Through all of this, Andy and his crew come to understand that the Psion Group is no longer controlled by humans, but is in the hands of five AIs who do not harbor any special love for humanity or lesser AIs.

The fight to save the Sol system from an all-encompassing war has just begun...and AI is on the line.