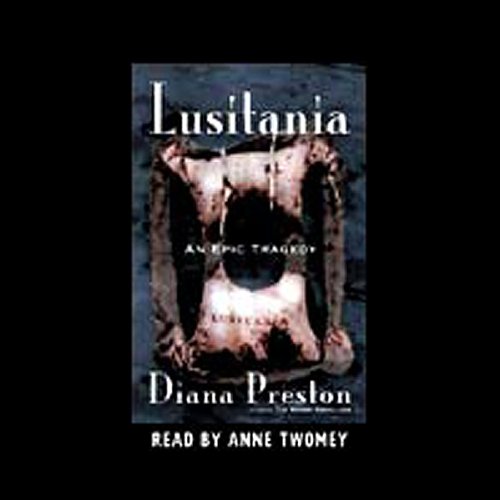 On May 7, 1915, toward the end of a routine crossing from New York to Liverpool, England, RMS Lusitania - pride of the Cunard Line and one of the greatest ocean liners afloat - became the target of a terrifying new weapon and a casualty of a terrible new kind of war. Sunk by a torpedo fired from the German submarine U-20, she exploded, burned, then sank in 18 minutes, taking with her some 1,200 people, more than half of the crew and passengers. Cold-blooded, deliberate, and unprecedented in the annals of terror, the sinking of the Lusitania shocked the world.

In her riveting account of this enormous tragedy - which caused controversies that continue to this day - Diana Preston recalls both a pivotal moment in history and a remarkable human drama. With a historian's insight and a novelist's gift for characterization and detail, Preston re-creates the Lusitania's voyage through the eyes of those who experienced it. Passengers included the rich and the powerful and the rest of the human comedy: newlyweds and nursemaids, galley cooks and stokers, Quakers and cardsharks, ship's detectives and German stowaways. Drawing on a vast array of sources including letters and memoirs, Cunard and Admiralty archives, and previously untranslated German documents, Preston weaves their lives into her own dramatic narrative, giving this story a powerful immediacy.

Lusitania: An Epic Tragedy is also available in print from Walker & Company.

"A captivating and conscientious narrative...a brilliant account." (Booklist, starred review)
"Few popular historians can marshal facts and place them within their times as vividly as [Preston]." (Chicago Sun-Times)