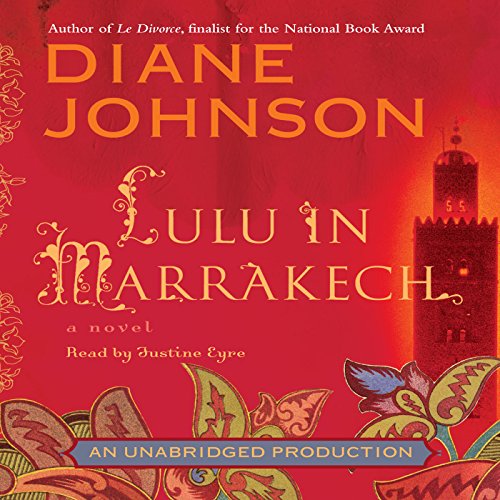 Lulu Sawyer, the heroine of Diane Johnson's captivating new novel, arrives in Marrakech, Morocco, hoping to rekindle her romance with a worldly Englishman, Ian Drumm. It's the perfect cover for her assignment with the American CIA: tracing the flow of money from well-heeled donors to radical Islamic groups.

While spending her days poolside among Europeans, in villas staffed by local maids in abayas, and her nights at lively dinner parties, Lulu observes the fragile coexistence of two cultures which, if not yet clashing, have begun to show signs of fracture. Beneath the surface of this polite expatriate community lies a more sinister world laced not only with double standards, but with double agents.

As she navigates the complex interface of Islam and the West, Lulu stumbles into unforeseen intrigues: A young Muslim girl, Suma, is hiding from a brother intent on an honor killing; and a beautiful Saudi woman, Gazi, who is vying for Ian's love, leaves her husband in a desperate bid to escape her repressive society. The more Lulu immerses herself in the workings of Marrakech, the more questions emerge; and when bombs explode, the danger is palpable.

Lulu's mission ultimately has tragic consequences, but along the way readers will fall in love with this endearing young woman as she improvises her way through the souk, her love life, and her profession.

As in her previous novels, Diane Johnson weaves a dazzling tale in the great tradition of works about naive Americans abroad and the laws of unintended consequence, with a new, fascinating assortment of characters, as well as witty, trenchant observations on the manners and morals of a complicated moment in history.