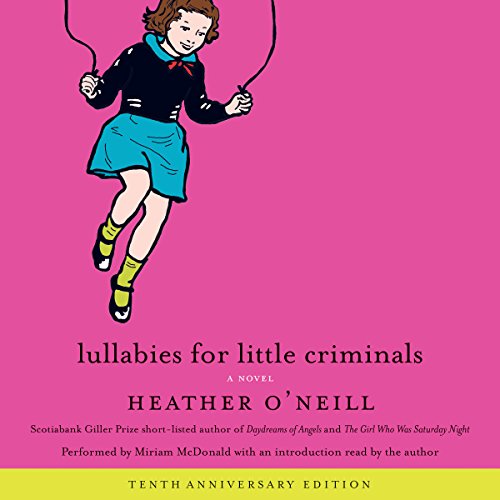 A new deluxe edition of the international best seller by Heather O'Neill, the Giller-shortlisted author of Daydreams of Angels and The Girl Who Was Saturday Night. Featuring an original foreword from the author, this edition celebrates the 10th anniversary of the coming-of-age story that People describes as "a vivid portrait of life on skid row."

Baby, all of 13 years old, is lost in the gangly, coltish moment between childhood and the strange pulls and temptations of the adult world. Her mother is dead; her father, Jules, is scarcely more than a child himself and is always on the lookout for his next score. Baby knows that "chocolate milk" is Jules' slang for heroin and sees a lot more of that in her house than the real article. But she takes vivid delight in the scrappy bits of happiness and beauty that find their way to her, and moves through the threat of the streets as if she's been choreographed in a dance.

Soon, though, a hazard emerges that is bigger than even her hard-won survival skills can handle. Alphonse, the local pimp, has his eye on her for his new girl; he wants her body and soul - and what the johns don't take he covets for himself. At the same time, a tender and naively passionate friendship unfolds with a boy from her class at school, who has no notion of the dark claims on her - which even her father, lost on the nod, cannot totally ignore. Jules consigns her to a stint in juvie hall, and for the moment this perceived betrayal preserves Baby from terrible harm - but after that, her salvation has to be her own invention.

Channeling the artlessly affecting voice of her 13-year-old heroine with extraordinary accuracy and power, Heather O'Neill's heartbreaking and wholly original debut novel blew readers away when it was first published 10 years ago. Now it is sure to capture its next decade of readers and listeners as Baby picks her pathway along the edge of the abyss to arrive at a place of redemption and of love.