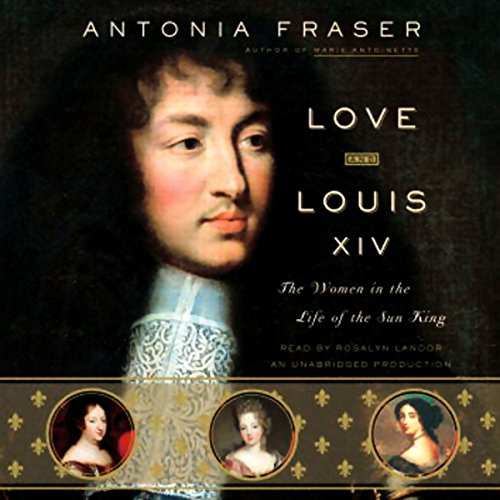 "I believe that the histories which will be written about this court after we are all gone will be better and more entertaining than any novel, and I am afraid that those who come after us will not be able to believe them and will think they are just fairytales." Thus wrote Louis XIV's sister-in-law.

Antonia Fraser does indeed entertain us by bringing to life these very "fairytales", vividly portraying the vast edifice of Louis XIV's court between the years 1643 and 1715. Brilliantly exploring the rich dynamic that existed between Louis XIV and the many fascinating women who ornamented his personal life, Fraser examines not only Louis' mistresses, but also the wider story of his relationships with women in general.

Fraser portrays the gallantry, from friendship shading to love, the subtle art of courtship, the more frivolous and even dangerous pursuit of flirtation, and the sensual libertinage ending in sex. But if gallantry, or sex, is one theme of this audio book, then religion is another, and it is in the connection between the two that the fascination of Louis XIV's relationships with his mistresses lies.

"One of the most enveloping popular histories of the current publishing season." (Booklist)
"Prolific royal biographer Fraser...has assiduously researched her measured yet engrossing study." (Publishers Weekly)