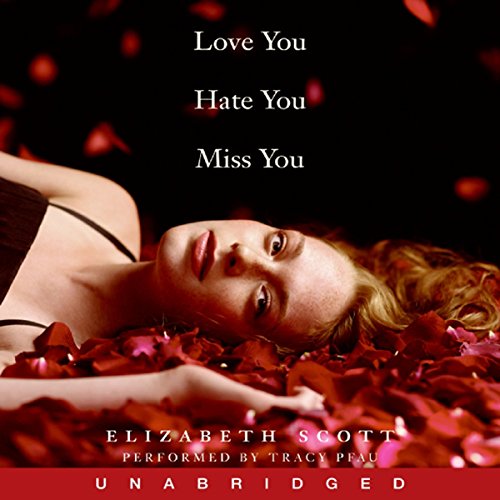 Love You Hate You Miss You

The Steadfast told as an angst-fueled confession, with interruptions by a series of letters written by Amy, a young woman just getting out of teen rehab to her friend Julia, whose death she can't stop blaming on herself. An exploration of ache, loss, self-destruction, and introspection, this audiobook will move listeners with its narrator's raw honesty in the face of loneliness and alcohol abuse. Tracy Pfau performs with realism relating to the sarcasm and of its young narrator without falling into the clichés of young-adult speech.

Amy's shrink thinks it would help to start a diary. Instead, Amy starts writing letters to Julia. But as she writes letter after letter, she begins to realize that the past wasn't as perfect as she thought it was - and the present deserves a chance too.

"A satisfying story of an engaging heroine successfully naming and confronting her demons." (Booklist )