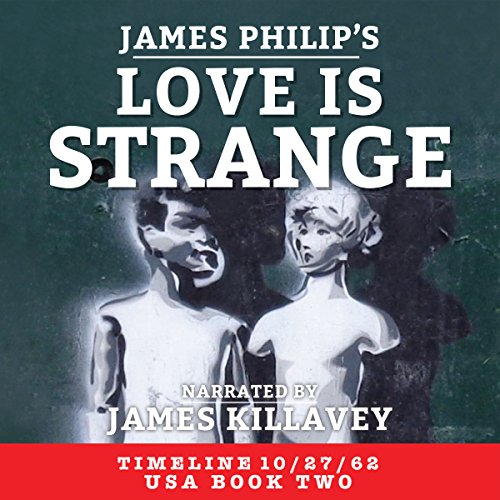 On Saturday October 27th, 1962 American and Soviet geopolitical brinkmanship resulted in the most terrible war in human history. The forever changed world that remained when the thermonuclear fires had burned themselves out is the world of Timeline 10/27/62.

Love is Strange is Book Two of the alternative history series Timeline 10/27/62.

Love is Strange picks up the story a year and a month after the terrifying events in Operation Anadyr, Book One of the Timeline 10/27/62 Series. In a partially devastated world in which people are beginning to discover what actually happened and who their friends really are, chaos and disintegration threaten and old allies drift like sleepwalkers towards new wars.

The USA has assumed a new global hegemony and written off its old European allies. Therein lie the seeds of a generational conflict, but nobody in Washington wants to hear that kind of news, or recognize that the laurels of victory might in time come to crush the seemingly invincible American eagle.

In a Britain ravaged by nuclear war in which the survivors are struggling to come to terms with the cataclysm, questions are being asked about the reasons why, and how what remains of the nation will survive in the new world. Out of the catastrophe new leaders are beginning to emerge and there is a growing consensus that one day there will be a reckoning.