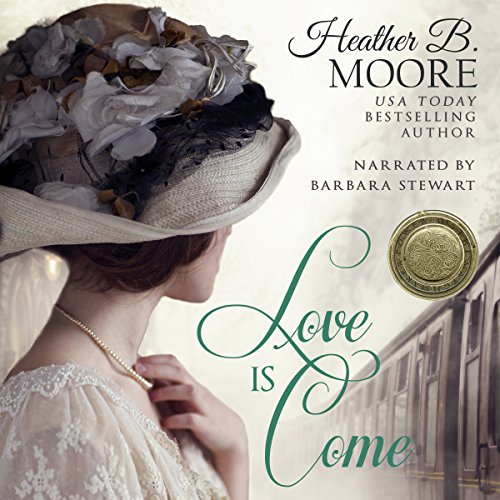 Nelle Thompson lives a life of privilege during turn-of-the-century New York City. When her parents are killed in a terrible accident, she’s forced to live with her aunt’s family in a small town in Connecticut, and she is treated as a poor relation with no financial independence. Broken hearted and riddled with insomnia, Nelle’s health begins a downward spiral. When a locked part of her heart blossoms around her cousin’s fiancé Mathew Janson, Nelle doesn’t know if she can endure one more heartbreak. Miss Pearl, owner of the local apothecary shop, becomes a mother figure to Nelle, but a fateful summer day has Nelle questioning everything she's ever believed and wondering if she’ll ever love again.

"As Moore narrates the story from the alternating perspectives of Nelle and Mathew, readers should be caught up in the magical romanticism of the tale. The fast-paced book remains appealing even as it deals with difficult topics, ranging from death and depression to love and redemption. Moore tackles each issue with wisdom and grace." ( Kirkus Reviews)