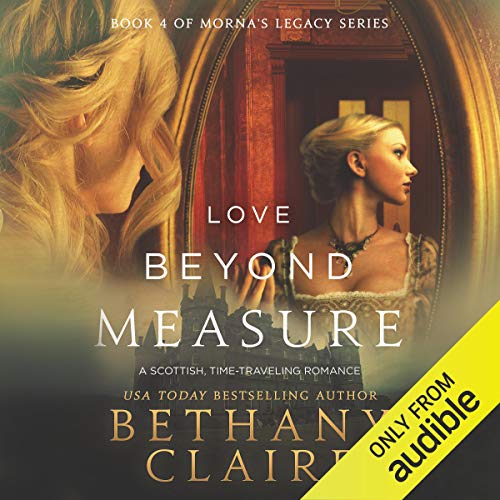 What is life worth without the love you're meant for?

Sent to the brink of death by his own brother's blade, Eoghanan McMillan clings to the brief moments he spends in the shadows, watching from afar the beautiful lass he's never met. He spends his time some four centuries after his birth, slowly building his strength so that he may return home, but each glimpse into the woman's life leaves him wanting. He wants nothing more than to know her.

When Grace Mitchell's job as a photojournalist sends her to Scotland with her young son, Cooper, in tow, her greatest wish is to escape from the aftermath of the wedding she abandoned. Instead, her life complicates further when she meets the mysterious, scarred, and alluring Eoghanan McMillan, a man so unlike any she's ever known. She falls for him quickly, but, after a spell sends them back in time to the 17th century, Grace is forced to accept the amazing truth about the man she's just beginning to know and to re-think the life she had planned for herself.

Will their love for one another be enough to make Grace stay in a time so different from her own - a decision that will alter the direction of her young son's life entirely? Or will she sacrifice a future with the man she loves to give her son a life of normalcy? In the end, she may just learn that the decision isn't hers to make.