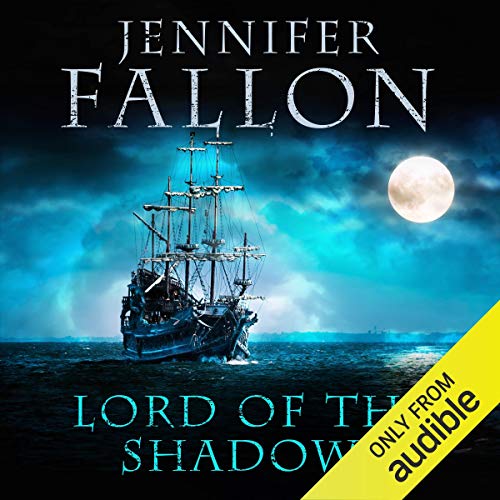 Lord of the Shadows

Darkness threatens Ranadon again in the form of an eclipse. The Goddess wants to give the people of Ranadon a sign - and only Dirk Provin can interpret it. To do so, Dirk has systematically betrayed his one-time allies to join his most hated enemies. Now, with neither side trusting him, Dirk sets his own devious plot in motion. Senet’s Crippled Prince, Misha, has found unexpected and tenuous sanctuary among the Baenlanders of Mil. To secure their trust, he offers them the one thing they cannot refuse.

Meanwhile, Alenor, Queen of Dhevyn, betrayed by her husband, Kirsh, and Tia Veran, deceived by Dirk, set out for revenge and to finally free their people at any cost. As the second sons and the rest of their generation pursue different paths to survival and freedom, they discover that the will of the Goddess - and of men - works in mysterious ways. And as Dirk’s old enemies join with new ones, his attempt to save Ranadon may cost him his friends, his love...and his life.

"The final installment in the Second Sons trilogy ties together the tangled threads of years of spying and plotting. With her customary flair, Fallon delineates motivation and consequence, bringing home the price of freedom. Dirk can see no other path than the one he's set for himself, and readers feel his pain at deceiving those he loves. Fantasy readers have welcomed Fallon's fresh voice and will not be disappointed; she remains true to her passionate characters as she brings this epic to a stirring conclusion." (Book Reviews)