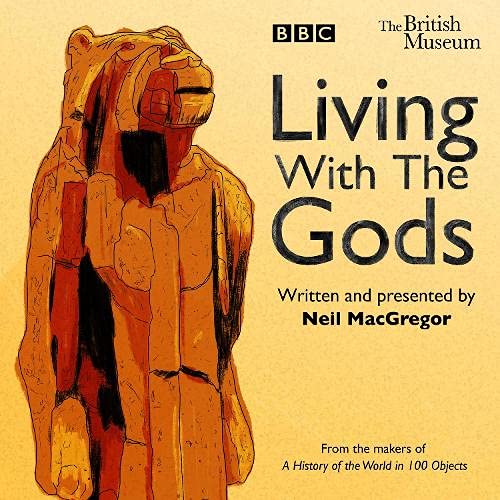 Living with the Gods

In this major new BBC radio series, Neil MacGregor investigates the role and expression of shared beliefs through time and around the world.

One of the central facts of human existence is that every society shares a set of beliefs and assumptions - a faith, an ideology, a religion - that goes far beyond the life of the individual. These beliefs are an essential part of a shared identity. They have a unique power to define - and to divide - us, and are a driving force in the politics of much of the world today. Throughout history they have most often been, in the widest sense, religious.

Yet this is not a history of religion, nor an argument in favour of faith. It is about the stories which give shape to our lives, and the different ways in which societies imagine their place in the world. Looking across history and around the globe, it interrogates objects, places and human activities to try to understand what shared beliefs can mean in the public life of a community or a nation, how they shape the relationship between the individual and the state, and how they help give us our sense of who we are.

For in deciding how we live with our gods, we also decide how to live with each other.

Using specially selected objects from the British Museum and beyond, talking to experts from various disciplines and visiting key locations from the river Ganges to Jerusalem, he examines how rituals and systems of belief have shaped our societies. Looking at communities from the distant past to the present day, both in Europe and worldwide, his focus moves from the beginnings of belief and the elemental worship of fire, water and the sun, through festivals, pilgrimages and sacrifices, to power struggles and political battles between faiths and states.

Among the objects featured are the Lion Man, a small ivory sculpture which is about 40,000 years old; a 16th century ivory and gold qibla, used to find the direction of Mecca; and the Lampedusa Cross, made from pieces of a refugee boat wrecked off the Italian coast in 2013.

Produced by BBC Radio 4 in partnership with the British Museum, this enlightening series explores humanity's enduring need to believe, belong and connect with the cosmos.

"The new blockbuster by the museums maestro Neil MacGregor [...] The man who chronicles world history through objects is back [...] examining a new set of objects to explore the theme of faith in society." (Sunday Times)