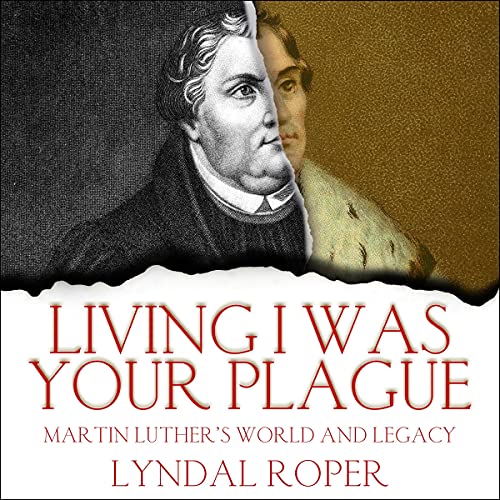 Living I Was Your Plague

From the author of the acclaimed biography Martin Luther: Renegade and Prophet, new perspectives on how Luther and others crafted his larger-than-life image┬Ā

Martin Luther was a controversial figure during his lifetime, eliciting strong emotions in friends and enemies alike, and his outsized persona has left an indelible mark on the world today. Living I Was Your Plague explores how Luther carefully crafted his own image and how he has been portrayed in his own times and ours, painting a unique portrait of the man who set in motion a revolution that sundered Western Christendom.

Renowned Luther biographer Lyndal Roper examines how the painter Lucas Cranach produced images that made the reformer an instantly recognizable character whose biography became part of Lutheran devotional culture. She reveals what Luther's dreams have to say about his relationships and discusses how his masculinity was on the line in his devastatingly crude and often funny polemical attacks. Roper shows how Luther's hostility to the papacy was unshaken to the day he died, how his deep-rooted anti-Semitism infused his theology, and how his memorialization has given rise to a remarkable flood of kitsch, from "Here I Stand" socks to Playmobil Luther.

Das sagen andere H├Črer zu Living I Was Your Plague