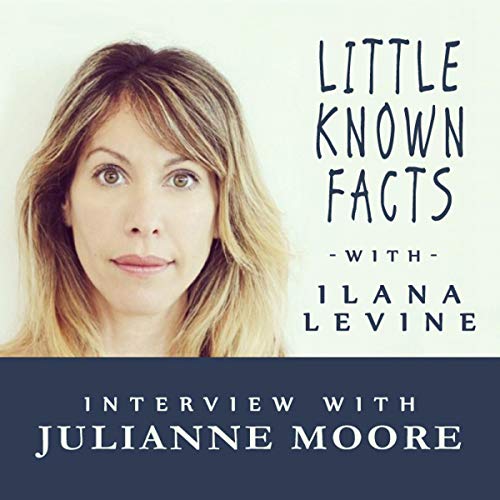 Julianne Moore, the Academy Award-winning actress, spends time with Ilana talking about her nomad childhood in a military family, her early years in NYC waitressing, and her first break - being cast on a soap opera playing twins.

In the '90s, as the indie film world took off, so did her career, and she talks in depth about the roles she chooses and how she approaches them. A star who has appeared in over 70 films, Julie, as she is known to friends, has remained grounded because of her devotion to her husband and children. Raising her family in New York City has been a way to remain connected to a life of normalcy, although her marriage to director Bart Freundlich has made filmmaking a family business. Julianne and Bart met while making his film The Myth of Fingerprints together, and it's a love story that Julianne tells in great detail on the podcast.

Over the course of an hour Ilana and Julianne talk about the films that made Julianne famous, the pressure on actresses to look a certain way, the paparazzi and its impact on her family, how she decides on doing a role that has nudity, and her ability to make the transition so elegantly from being herself to making the leap into playing the character once "action" is called on the set of a film. This is Julianne Moore - up close and personal.