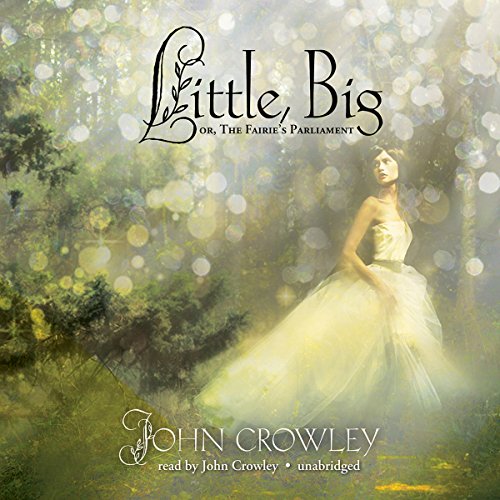 Edgewood - which is not found on any map - is many houses, all put inside each other or across each other. It’s filled with and surrounded by mystery and enchantment; the further in you go, the bigger it gets.

Smoky Barnable, who has fallen in love with Daily Alice Drinkwater, travels from the City on foot to Edgewood, her family home. There he finds himself on the magical border of an otherworld.

Crowley’s work has a special alchemy - mixing the world we know with an imagined world that seems more true and real. Winner of the World Fantasy Award, Little, Big is elegant, sensual, funny, and unforgettable. It is a story of fantastic love and heartrending loss, of impossible things and unshakable destinies, and of the great Tale that envelops us all. It is a wonder.

John Crowley is an American writer who has also worked in television and documentary films. His fantasy and science fiction have established him as a major voice in imaginative writing. His other novels include The Deep, Engine Summer, and Ægypt.

“A book that all by itself calls for a redefinition of fantasy.” (Ursula K. Le Guin)