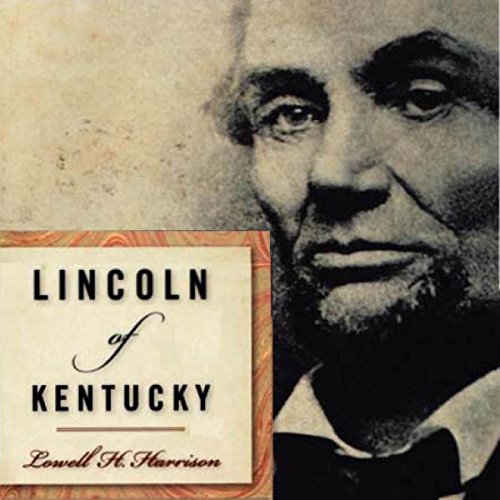 Young Abraham Lincoln and his family joined the migration over the Ohio River, but it was Kentucky - the state of his birth - that shaped his personality and continued to affect his life. His wife was from the commonwealth, as were each of the other women with whom he had romantic relationships. Henry Clay was his political idol; Joshua Speed of Farmington, near Louisville, was his lifelong best friend; and all three of his law partners were Kentuckians. During the Civil War, Lincoln is reputed to have said, "I hope to have God on my side, but I must have Kentucky." He recognized Kentucky's importance as the bellwether of the four loyal slave states and accepted the commonwealth's illegal neutrality until Unionists secured firm control of the state government.

Lowell Harrison emphasizes the particular skill and delicacy with which Lincoln handled the problems of a loyal slave state populated by a large number of Confederate sympathizers. It was not until decades later that Kentuckians fully recognized Lincoln's greatness and paid homage to their native son.

"An outstanding work that sheds new light, brings people and events alive, and provides the deeper understanding of the problems and challenges of Lincoln and Kentuckians in the Civil War." (James A. Ramage)
"An excellent read that will fascinate." ( Choice)
"A readable and rewarding book." ( Journal of American History)