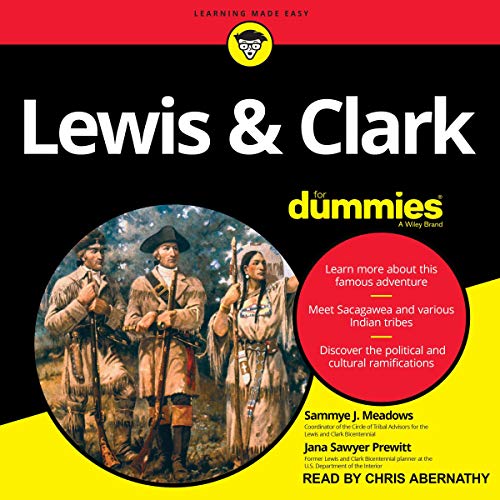 The Lewis and Clark expedition was the greatest camping trip in history. It was one of those irresistible American adventures that many people dream of living. This book shares the delightful details of the journey that historians have gleaned from the group's journals and maps, and also discusses what's known of the Indian perspective of the expedition.

Throughout Lewis and Clark for Dummies, you find out about Jefferson's western exploration from his earliest efforts to see the Corps assembled through the aftermath for the explorers, the tribes, and the United States. But the focus of Lewis & Clark for Dummies is on the period between Jefferson's confidential letter to Congress requesting dollars to mount a western exploration (January 18,1803) and the expedition's triumphant (and improbable) return to St. Louis (September 23, 1806): 42 months that changed the world.

The story of Lewis and Clark doesn't end with their return to St. Louis. This book will also lead you on an exploration of the fates and lessons of the Corps of Discovery. Find out what happened to Lewis, Clark, and many other key players after their famous journey. And examine the aftermath for the American Indians and the political and cultural ramifications for the United States.