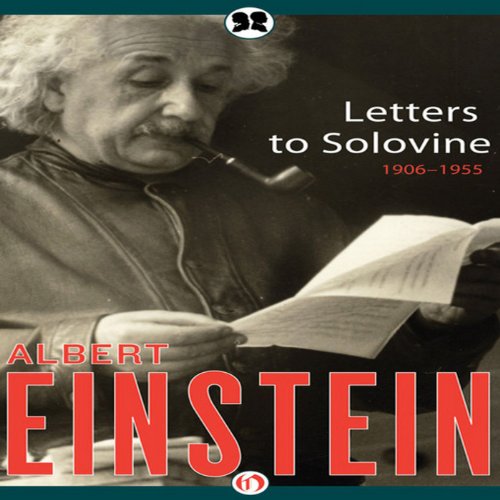 A provocative collection of letters to his longtime friend and translator that spans Einstein’s career and reveals the inner thoughts and daily life of a transformative genius.

From their early days as tutor and scholar, discussing philosophy over Spartan dinners, to their work together to publish Einstein’s books in Europe, in Maurice Solovine Einstein found both an engaged mind and a loyal friend. While Einstein frequently shared his observations on science, politics, philosophy, and religion in his correspondence with Solovine, he was just as likely to express his feelings about everyday life - his health and the effects of aging and his experiences in the various places where he settled and visited in his long career. The letters are both funny and frank, and taken together, reflect the changes - large and small - that took place over a half century and in the remarkable life of the world’s foremost scientist. The collected Letters to Solovine offers scholar and interested reader alike unprecedented access to the personal life of Albert Einstein. This authorized Philosophical Library audiobook features a new introduction by Neil Berger.

“Men are even more susceptible to suggestion than horses, and each period is dominated by a mood, with the result that most men fail to see the tyrant who rules over them.” (Albert Einstein, Princeton, April 10, 1938)

Albert Einstein (1879-1955) was born in Germany and became an American citizen in 1934. A world-famous theoretical physicist, he was awarded the 1921 Nobel Prize for Physics and is renowned for his Theory of Relativity. In addition to his scientific work, Einstein was an influential humanist who spoke widely about politics, ethics, and social causes. After leaving Europe, Einstein taught at Princeton University. His theories were instrumental in shaping the atomic age. Neil Berger, an associate professor emeritus of mathematics, taught at the University of Illinois at Chicago in the Mathematics, Statistics, and Computer Science department from 1968 until his retirement in 2001. He was the recipient of the first Monroe H. Martin Prize (1975), which is now awarded by the University of Maryland every five years for a singly authored outstanding applied mathematics research paper. He has published numerous papers and reviews in his fields of expertise, which include elasticity, tensor analysis, scattering theory, and fluid mechanics.