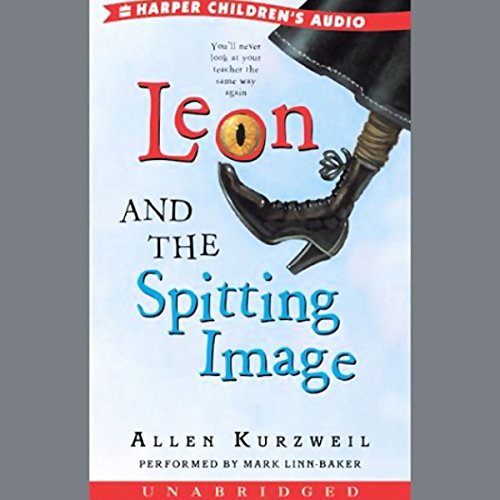 Leon and the Spitting Image

Leon and the Spitting Image is about a hotel full of animals. It's about an evil ice maker. It's about glass eyeballs and human catapults. It's about really old panty hose and Possibly Fake Hair.

But mostly it's about Leon Zeisel and his epic quest to survive fourth grade. What's stopping him? Two things. First, there's Miss Hagmeyer. She's a supernaturally strict teacher with ears that resemble giant rotting mushrooms. And then there is Leon's archenemy, Lumpkin the Pumpkin, a human tank with a deadly dodgeball throw known to all as the sidewinder.

Luckily, Leon has two friends, Lily-Matisse and P.W., who will stand by him no matter what, even if his magical, mysterious plans for rescue and revenge involve...SPIT!