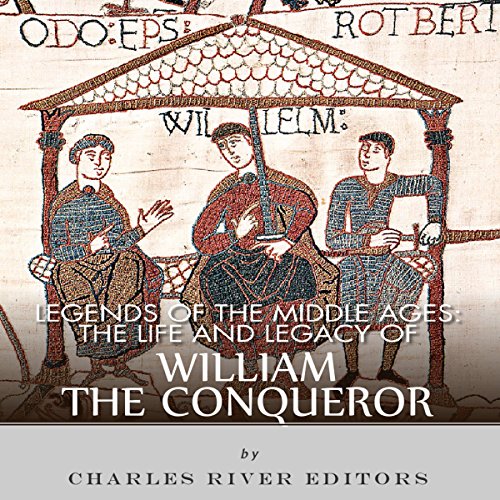 Legends of the Middle Ages

"Stranger and conqueror, his deeds won him a right to a place on the roll of English statesmen, and no man that came after him has won a right to a higher place." (E. A. Freeman)

A lot of time has been spent covering the lives of history's most influential figures, but how much of the forest is lost for the trees? In Charles River Editors' Legends of the Middle Ages series, listeners can get caught up on the lives of the most important medieval men and women in the time it takes to finish a commute. And they can do so while learning interesting facts long forgotten or never known.

"We, conquered by William, have liberated the conqueror's land." So reads the memorial to the British war dead at Bayeaux, Normandy. Commemorating those who gave their lives to free France in 1944, it also serves to remind us of an earlier conflict. For the English, the Norman conquest remains deeply embedded in the national psyche. As the last contested military invasion to have succeeded in conquering this proud island nation, the date of 1066 is the one every citizen can remember. For them William will forever be the conqueror, the last invader to beat them in an open fight. For others, notably the French, he is the bastard, a reference not only to his lineage.

William's conquest of the island arguably made him the most important figure in shaping the course of English history, but modern caricatures of this vitally important medieval figure are largely based on ignorance. William is a fascinating and complex figure, in many ways the quintessential warrior king of this period.