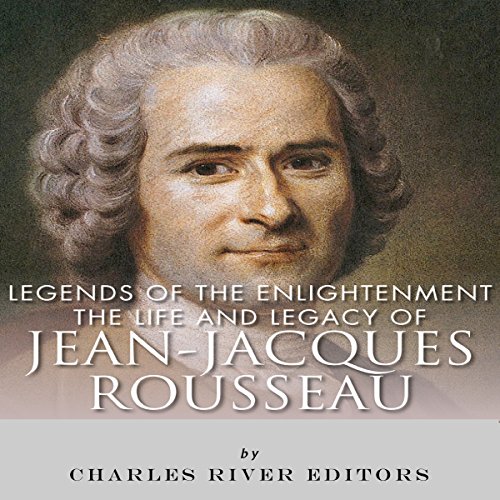 Legends of The Enlightenment

"A country cannot subsist well without liberty, nor liberty without virtue." - Rousseau

"Virtue is a state of war, and to live in it means one always has some battle to wage against oneself." - Rousseau

The grand narrative of the Enlightenment, usually recounted and understood in terms of progress and modernity, generally appears as a simplified evolution from the trappings of superstition, feudalism, and everything "irrational" to a world more similar to today's world. Alongside the Renaissance, the Enlightenment is credited for the transition to an adherence to reason, secularism, and promotion of values such as individual and collective freedom and liberty. Of course, one of the towering figures of the age was Jean Jacques Rousseau, whose works were essential to the ideological developments of the 18th century. The prestige of French literature in the 18th century resides especially in its revolutionary character; while the writers of the previous century used to support the social order through their works and showed sympathy and even attempted to explain the political order of the time, in the 18th century, art, literature, philosophy and science all contribute actively and fiercely to the fight against the absolutist monarch and his regime. While this was a current manifesting all throughout Europe, there were differences in practice, especially between close countries (as was the case of England and France). There are many books and articles published constantly on the life and works of Rousseau. What generated such an abundance of writings is the turbulent life he led and the courage and audacity he manifested while fighting the prejudices of the time and establishing his ideas firmly within the academic community.