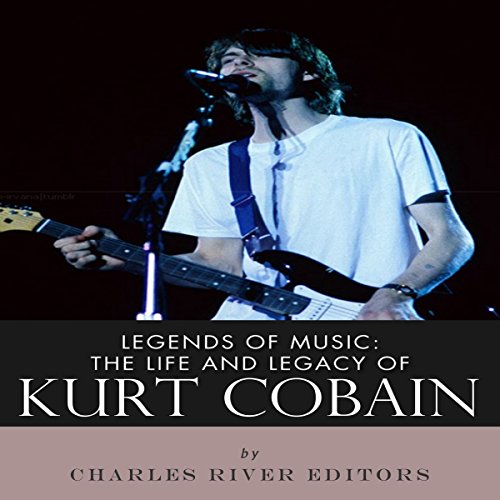 Legends of Music: The Life and Legacy of Kurt Cobain

"It's really not hard to keep your dignity and sign to a major label.... Most people don't have any dignity in the first place." - Kurt Cobain

The dark and dusty high school gymnasium seemed like a weird place for a musical revolution. The cheerleaders look like mannequins, and the bleacher bums look like they haven't taken a bath in years. A janitor looks like he's adding to the mess instead of cleaning it up. As the music starts slowly, the crowd is still asleep. But as the tempo and volume of the music gradually increase until the chorus is unleashed at full force, the crowd transforms into a head-banging mob full of crowd surfers.

In the middle of it all is Kurt Cobain, the dirty blond who could have been mistaken for one of the crowd if he wasn't holding a guitar. The song and the music video both end in full-throated chaos as the frontman for Nirvana and the crowd start ripping up the gym.

Cobain later noted that he tried to model the song after one The Pixies might have done, but "Smells Like Teen Spirit" and its accompanying music video ushered in rock's "grunge" movement at the start of the 1990s. The song, ironically named after a deodorant, captured the culture in its entirety. A reaction to the likes of the previous decade's yuppies and acts like M.C. Hammer, grunge became a sound and culture for angst-ridden teens and the disaffected youth who were proud to be plain. Combining punk, metal, and hard rock, the grunge sound emanated out of Seattle from groups like Nirvana, Pearl Jam, Soundgarden, and Alice in Chains, giving the young decade its trademark sound.

Whether these groups intended for it or not, grunge became the most popular music of the decade, and the look and sound both became trendy fads.