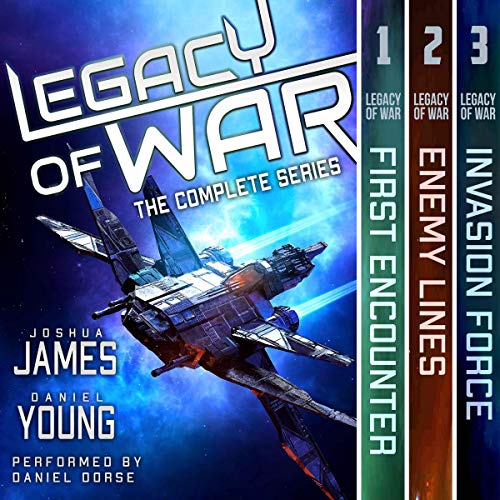 A century ago, an alien fleet attacked Earth. After decades of bitter war, a truce was struck. The aliens disappeared. Humanity stood down. But the captain of the aging battleship Walker Pierce will never forget.

He has spent the last months in disputed space, against the wishes of his superiors and many of his weary crew, looking for proof of alien treachery and afraid of what he might find. Because this time, if the aliens attack, humanity won't be so lucky.

Legacy of War is an enthralling tale of humanity on the edges of the unknown, perfect for fans of Jack Campbell’s Lost Fleet and David Weber’s Honorverse. Includes all three books in the series: First Encounter, Enemy Lines, and Invasion Force.