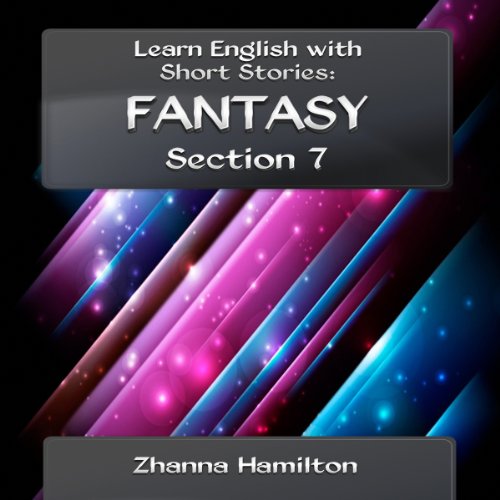 Get ready for another set of exciting fantasy tales that will both entertain and educate the English learner. The Learn English with Short Stories series does not need to be read in order, as all of the stories are independent from one another. Read one, or read them all.

Each unique fantasy story comes with highlighted vocabulary and definitions before and during the story. This guide also offers vocabulary exercises after each tale, allowing you to practice your newly learned terms and idioms.

"The Witch and the Warrior": In a land devastated by a raging beast, Anandra is one village's last hope. Driven by honor and courage, she challenges the fiery dragon's reign over the town. Anandra's realization that the dragon is much more powerful than anything she's encountered leads her to find alliances in the most unexpected places in an effort to free the village from their daily torment. Her quest shows her just how far some are willing to go for the sake of humanity.

"Enchanted Globe": James has never been the ambitious type - although, in his heart, he's always known he's meant for something better than his family's pawn shop. When a mysteriously unique globe is pawned at his shop, the instructions given along with it were almost laughable. Spin the globe and visit that location for 24 hours, the elderly man had told him. It was ridiculous to James - until it actually worked.