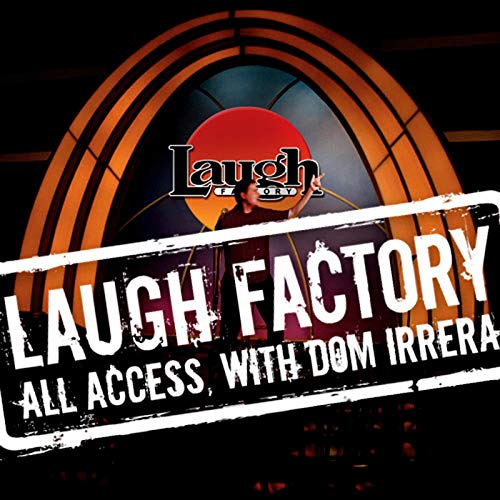 Laugh Factory Vol. 38 of All Access with Dom Irrera

Kathleen Madigan wastes no time celebrating Paula Abdul, Larry King, and Siamese twins. Then, Thea Vidale gets sassy about the whitest black men, marijuana legalization, and seeing Jesus. Finally, Maz Jobrani discusses the idiosyncrasies of working in TV and the many flavors of Arabs.

Kathleen Madigan
Kathleen Madigan is one of the most popular headliners in the country. An American Comedy Award winner as best female stand-up, her accessible and unpretentious style has earned her a devoted and growing following, resulting in over one million dollars in ticket sales in each of the last 10 years. Her standup specials on HBO and Comedy Central have earned rave reviews, and her latest CD/DVD, In Other Words is one of the most downloaded comedy albums of 2006-2007.

Thea Vidale
Thea Vidale is a stand-up comedian and actress. She began her career doing stand-up comedy in Washington, D.C., New York City, and Los Angeles. As an actress, she has numerous guest appearances on sitcoms including Ellen, The Wayans Bros., The Drew Carey Show, and My Wife and Kids. She is best known for her sitcom Thea.

Maz Jobrani
Born in Tehran, Iran, Maz Jobrani grew up in the Bay Area. He's appeared in numerous movie and TV roles, but is best known for his role as Moly in Ice Cube's Friday After Next. On TV, he currently plays Gourishankar "Gary" Subramaniam on ABC's Knights of Prosperity. He's a member of the Axis of Evil Comedy Tour, which features some of the top Middle Eastern-American comics in the world.