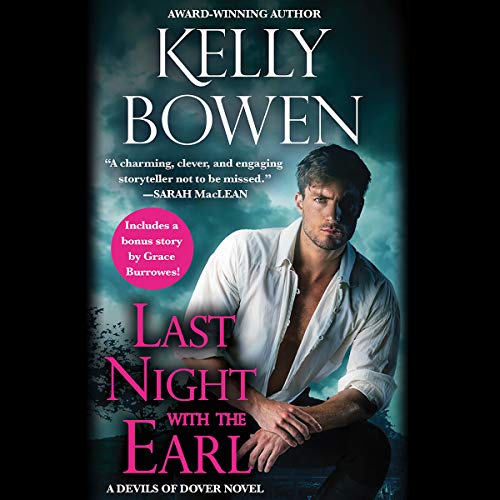 Last Night with the Earl

From the 2018 RITA Award-winning author!

Earl. War hero. Notorious rake. After the Battle of Waterloo, Eli Dawes was presumed dead - and would have happily stayed that way. He's no longer the reckless young man he once was and only half as pretty. All he wants is to hide away in his country home, where no one can see his scars. But when he tries to sneak into his old bedroom in the middle of the night, he's shocked to find someone already there.

Rose Hayward remembers Eli as the arrogant lord who helped her late fiancé betray her. Finding him stealing into her art studio doesn't correct her impression. Her only thought is to get him to leave immediately. Yet the tension between them is electric, and she can't help but be drawn to him. He might be back from the dead, but it's Rose who is suddenly feeling very, very much alive.

"Where have you been all my life, Kelly Bowen? If Julia Quinn, Sarah MacLean, and Lisa Kleypas were to extract their writing DNA, mix it in a blender, and have a love child, Kelly Bowen would be it." (HeroesandHeartbreakers.com)