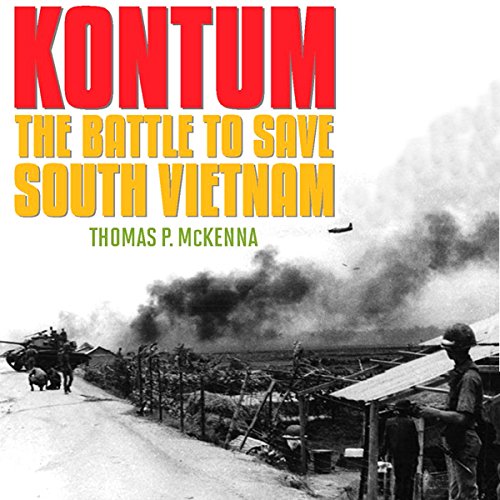 In the spring of 1972, North Vietnam invaded South Vietnam in what became known as the Easter Offensive. Almost all of the American forces had already withdrawn from Vietnam except for a small group of American advisers to the South Vietnamese armed forces. The 23rd ARVN Infantry Division and its American advisers were sent to defend the provincial capital of Kontum in the Central Highlands. They were surrounded and attacked by three enemy divisions with heavy artillery and tanks but, with the help of air power, managed to successfully defend Kontum and prevent South Vietnam from being cut in half and defeated.

Although much has been written about the Vietnam War, little of it addresses either the Easter Offensive or the Battle of Kontum. In Kontum: The Battle to Save South Vietnam, Thomas P. McKenna fills this gap, offering the only in-depth account available of this violent engagement. McKenna, a US infantry lieutenant colonel assigned as a military adviser to the 23rd Division, participated in the battle of Kontum and combines his personal experiences with years of interviews and research from primary sources to describe the events leading up to the invasion and the battle itself.

"Thomas McKenna's fine work is an important addition to our knowledge of advisors and those they advised, during a critical period of the war... In a balanced and detailed account McKenna tells it like it was." ( Journal of Military History)