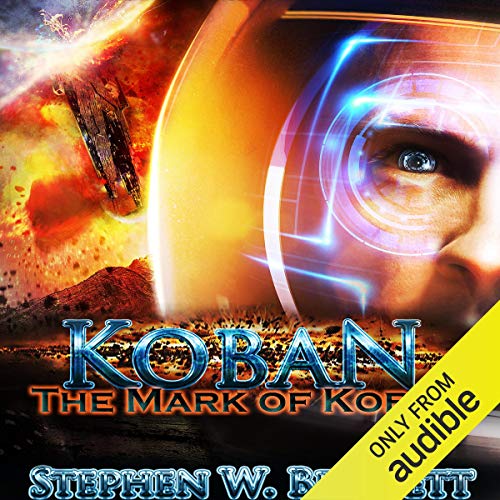 Koban: The Mark of Koban, Book 2

Book 2 of the Koban Series

Already faster and more powerful than the last 17 species that they have destroyed or subjugated, the Krall have set their sights on humankind. Aftertesting humans on their future home world of Koban and finding them worthy opponents, the Krall start a war of slow extermination with the rest of humanity. The war is intended to last generations as they apply their own version of "natural selection" to cull their weaker warriors in combat, purifying the Krall gene pool with their finest warriors for breeding. Why? The Krall desire to rule the galaxy someday, from their future home world of Koban, where the impossibly fast and powerful animals have proven to be too fast and strong for them to match. Only through the attrition of war will the Krall perfect their bloodline to become the masters of Koban. When the Krall departed Koban to start their war with humanity, they destroyed the protections that kept their prisoners safe. They left the human test subjects to fall victim to high gravity, and the deadly predators. Big mistake. The bio scientist left behind enhanced the human genome with Koban genes, forming the next generations of humans. They are becoming what the Krall sought to be. The fastest, most powerful species in the galaxy. The men and women trapped on Koban, locked in a struggle for their own survival for twenty years, return to the stars to help defend Human Space. The Krall have had their way with human worlds, killing when and where they wish. Outnumbered, the new Kobani will now take the war to the Krall.