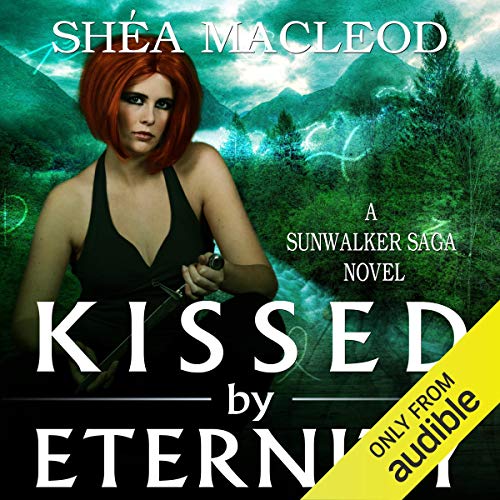 The End Is Here

Morgan Bailey's complicated life - dragon boyfriend, witches, vampires to slay, the ongoing pursuit of coffee - is about to turn more complicated. The Fairy Queen is calling in a favor. She wants Morgan to exterminate the djinn. If that isn't bad enough, her nemesis Alister has gone completely mad, and most alarmingly, Inigo isn't quite himself. It's enough to make a vampire hunter yearn for the simpler days: stake 'em and leave 'em.

But Morgan is more than a vampire hunter, she's a vessel for colossal cosmic powers that yearn for release. Now, with the fate of the whole world in the balance, she'll discover the secret to those powers, and learn what it means to be Kissed by Eternity.