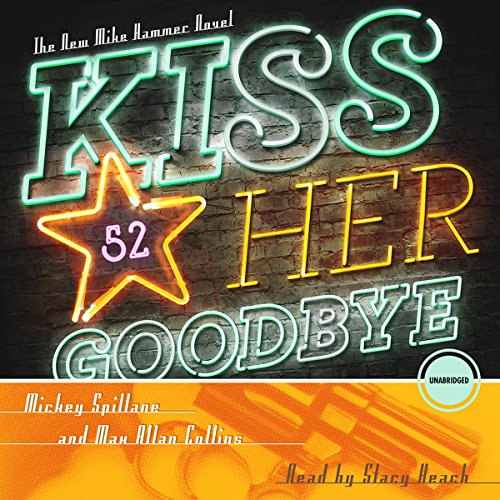 Mike Hammer has been away from New York too long. Recuperating in Florida after the mob shoot-out that nearly claimed his life, he learns that an old mentor on the New York police force has committed suicide. Hammer returns for the funeral—and because he knows that Inspector Doolan would never have killed himself. But Manhattan in the seventies no longer feels like home. Hammer’s longtime partner, Velda, disappeared after he broke it off for her own safety, and his office is shut down.

When a woman is murdered practically on the funeral’s doorstep, Hammer is drawn into the hunt for a cache of Nazi diamonds that makes the Maltese Falcon seem like a knickknack and for the mysterious woman who had been close to Doolan in his final days. But drug racketeers, who had it in for Doolan, attract Hammer’s attention as well. Soon he is hobnobbing with coke-snorting celebrities at the notorious disco, Club 52, and playing footsie with a sleek lady DA., a modern woman on the make for old-fashioned Hammer. Everything leads to a Mafia social club where Hammer and his .45 come calling, initiating the wildest showdown since Spillane’s classic One Lonely Night.

“Mike Hammer is an icon of our culture.” (New York Times)