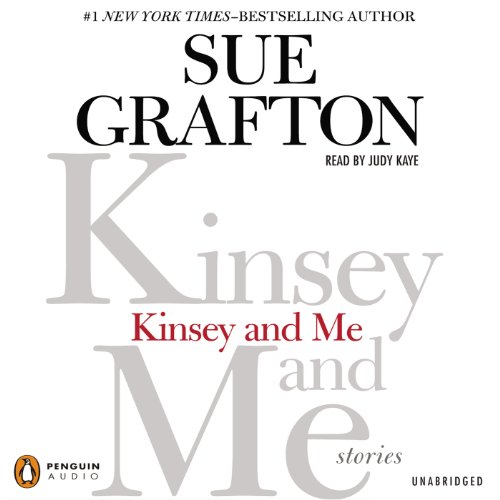 In 1982, Sue Grafton introduced us to Kinsey Millhone. Thirty years later, Kinsey is an established international icon and Sue is a number-one best-selling author. To mark this anniversary year, Sue has given us stories that reveal Kinsey’s origins and Sue’s past.

Kinsey and Me has two parts: The nine Kinsey stories (1986-93), each a gem of detection, and the And Me stories, written in the decade after Grafton's mother died. Together, they show just how much of Kinsey is a distillation of her creator’s past, even as they reveal a child who, free of parental interventions, read everything and roamed everywhere. But the dark side of such freedom was that very parental distance.

The same feisty voice and witty apercus readers fell in love with in A Is for Alibi permeate the Kinsey stories. Those in the And Me section trace a remarkable voyage, from anger to understanding, from pain to forgiveness. They take us into a troubled family, dysfunctional as most families are, each in their own way, but Grafton’s telling is sensitive, delicate, and ultimately, loving. Enriching the way we see Kinsey and know Sue, these stories are deeply affecting.

"I've come to believe that Grafton is not only the most talented woman writing crime fiction today but also that, regardless of gender, her Millhone books are among the five or six best series any American has ever written." (Patrick Anderson, The Washington Post)