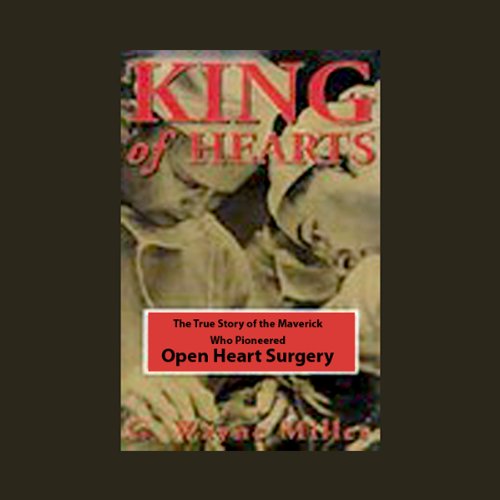 G. Wayne Miller has dramatically and meticulously reconstructed an amazing true story: how a group of renegade Minnesota surgeons, led by Dr. Walt Lillehei, made medical history by becoming the first doctors to operate deep inside the human heart.

Few of the great stories of medicine are as palpably dramatic as the advent of open heart surgery, yet until now, no journalist has ever brought to life all of the thrilling specifics of this triumph. G. Wayne Miller tells the story of Dr. C. Walton Lillehei, who, along with colleagues at University Hospital in Minneapolis and a small band of pioneers elsewhere, accomplished what many experts considered to be an impossible feat: he opened the heart, repaired fatal defects, and made the miraculous routine.

Miller draws on archival research and exclusive interviews with Lillehei and legendary pioneers such as Michael DeBakey and Christiaan Barnard, taking readers into the lives of these doctors and their patients as they progress toward their landmark achievement. Beginning in the 1950s with highly unorthodox operations simultaneously on two people - experiments that in today's political climate might not be possible - Lillehei and his colleagues took risks that resulted in rivers of blood and cost the lives of several early patients. But ultimately this is a story of triumph: King of Hearts is a true life-and-death drama about the surgeons who risked their reputations, and the patients who risked their lives, to revolutionize health care.

"Miller skillfully describes the years of research that finally led Lillehei to his first cross-circulation operation on a human...a sturdy telling.'' ( Boston Globe)
"Highly recommended for all readers, particularly those who owe their lives to Lillehei's path-breaking research." ( Library Journal)
"Written with clarity, simplicity and grace." ( Associated Press)