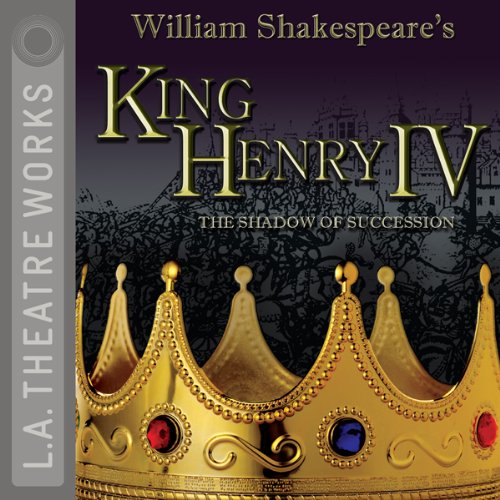 This Shakespearian history portrays the coming-of-age of young Hal, who matures into the gallant Henry V. While Raymond Fox expertly portrays Prince Hal's wild spirit, his voice transforms from jovial to serious as the prince rises to the occasion of his kingly duties. Nicholas Rudall's performance as Hal's friend, John Falstaff, who continually tempts him away from his responsibilities, is spot-on. Rudall draws attention to the great comic character's humorous eccentricities through an amusing, ostentatious delivery. The somber overtones of King Henry IV, played by William Brown, eloquently beckon the prince to his responsibilities amid the tension of civil war. All the actors have distinct voices, making it easy to differentiate among the speakers. The production has drama and immediacy.

Shakespeare's drama tells the story of a young man who can only come into his own upon his father's death and the father who longs for immortality. Using only Shakespeare's words, this adaptation tells the deeply personal story of Prince Hal's coming of age and his relationships with two father figures: the mistrustful King Henry IV and the hilarious, irrepressible Falstaff. A Court Theatre Production.