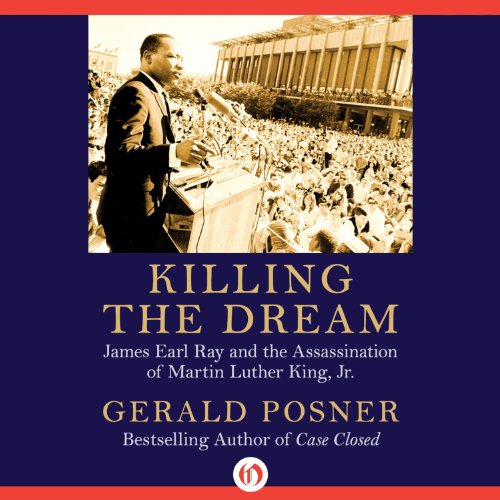 In the three decades since April 4, 1968, when Martin Luther King, Jr., was shot to death in Memphis, scores of books and articles have questioned whether James Earl Ray, King's killer, acted alone or was part of a larger conspiracy.

Now, based on explosive new interviews, confidential files, and previously undisclosed evidence, best-selling author Gerald Posner finally resolves the simple truth of the last great political murder mystery of the 1960s, definitively proving that Ray acted alone. Beginning with a straightforward narrative of the events before, during, and after the shooting, Posner untangles the case's leading puzzles: Was there a mysterious person named Raoul who directed Ray in the year leading up to the murder? Were the FBI, the CIA, or an arm of the Mafia involved? Did the military have a covert team of snipers in Memphis on the day King died? Was James Earl Ray a patsy, as the King family has publicly declared? At the heart of this book is an in-depth profile of Ray himself, a fascinating profile of a career criminal from one of the most forsaken parts of poor white America. Posner re-creates the memorable dramas of the case: Dr. King's rousing "mountaintop" speech the night before his death; the chilling moments of the assassination; Ray's frantic flight across four countries as he tried to escape justice; and the shock of the King family's embrace of Ray just before his own death in jail.

A riveting search for justice, Killing the Dream finally thwarts James Earl Ray's efforts to take his secrets to the grave, and proves the identity of King's killer beyond a shadow of a doubt.