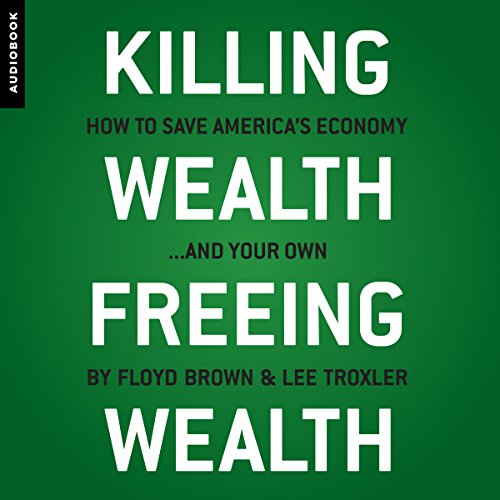 Killing Wealth, Freeing Wealth is a book about a nation that has divided into two camps with two very different scripts for our American future - and neither script works. It's about a system that rewards cleverness and lies and mocks our traditional work ethic - setting up a terrible fall.

Killing Wealth, Freeing Wealth probes Bush's reckless torching and Obama's controlled burn of the great American entrepreneurial dream - then offers a plan that's flame-retardant. It speaks to the self-made millionaires next door who don't think of themselves as millionaires, though they are. Or rather, were, until a billionaire financial complex spanning several presidential administrations set out in conscious conspiracy to kill individual initiative in a wicked wealth grab.

We've had enough wealth killing; it's time for wealth freeing. It's time to take up arms and, like the Minutemen in the woods along the road to Lexington, pick off these new enemies of freedom and genuinely free enterprise.