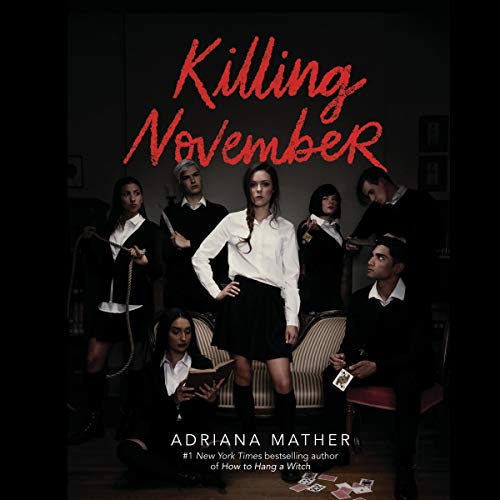 From the number-one New York Times best-selling author of How to Hang a Witch comes a thriller set at a secretive boarding school where students are trained to carry on family legacies that have built - and toppled - empires. Think Umbrella Academy with teenage assassins.

November is as good as dead. She just doesn't know it yet.

At the international Academy Absconditi, there's no electricity, no internet, and an archaic eye-for-an-eye punishment system. Classes range from knife throwing and poisons to the art of deception. And the students? All silver-spoon descendants of the world's most elite strategists - training to become assassins, spies, and master impersonators. One is a virtuoso of accents - and never to be trusted. Another is a vicious fighter determined to exploit November's weaknesses. And then there's the boy with the mesmerizing eyes and a secret agenda.

November doesn't know how an ordinary girl like her fits into the school's complicated legacy. But when a student is murdered, she'll need to separate her enemies from her allies before the crime gets pinned on her...or she becomes the killer's next victim.

From New York Times best- selling author Adriana Mather comes the first book in a thrilling new series that will leave you breathless.

"Full of danger and intrigue, this series opener establishes a fascinating premise with an international cast of tenuous allies and ambiguous adversaries that will keep our heroine, and her readers, on a knife’s edge." (The Bulletin)

"Anything is possible in this world of cloaks and daggers. A strong beginning that will leave readers hungry for more." (Kirkus Reviews)