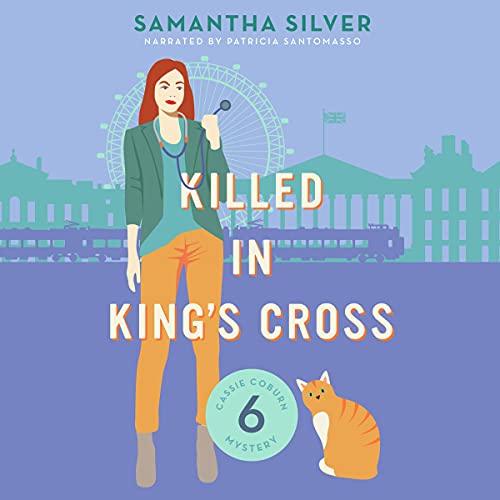 When a body is displayed publicly in King's Cross Station, the Metropolitan Police quickly finds itself embroiled in a media circus and pulls out all the stops to find the killer - including begging Violet for help.

However, what Cassie thinks is going to be a regular old case quickly becomes personal, and she and Violet quickly realize there's a lot more at stake than just catching a murderer.

And with the enrolment date for medical school looming, Cassie is going to have to make a decision about her future once and for all. That is, unless the murderer makes that decision for her.

The Cassie Coburn mysteries are a cozy mystery series featuring a Sherlock Holmes-style sleuth. If you want a light, fun, modern mystery featuring a San Francisco girl totally out of her element in London, and a crazy French woman who happens to be very good at noticing things, then this is the series for you.